The art world is in a high-dollar tizzy after a controversial Leonardo da Vinci painting of Jesus sold for nearly half a billion dollars. The mid-November auction “saw a tense 20 minute battle between at least six bidders,” reported Newsweek. “Observers in the room whooped, cheered, and applauded when the sale was finally confirmed.” Now registered as the highest priced piece of art in history, the 26-inch high painting portrays Christ in a flowing blue Renaissance-era robe holding a crystal orb in one hand and making the benediction blessing sign with the other.

The painting’s magnetic draw was not surprising. Remarkably, there are less than 20 Leonardo (1452-1519) paintings known to exist – and all others are displayed in museums. He was a trailblazing inventor, mathematician, and artist who is most well-known for his paintings “Mona Lisa” and “The Last Supper.”

The final price tag of $450 million for “Salvator Mundi” – Latin for “Savior of the World” – was jaw dropping, especially considering the opening bid was $75 million. The entire transaction puts this piece of art into a stratosphere without peer. Interestingly, there is a fascinating history that accompanies the artwork, as well as some very big unanswered mysteries.

At different stages over the last 500 years the portrait was owned by King Charles I of England (1600-1649), vanished from public viewing for 150 years before it showed up in 1900, sold for $59 in 1958 (believed to be the work of a Leonardo associate), someone painted over Christ’s face and hair, it was restored and sold for less than $10,000 at a Louisiana estate sale, appraised as a Leonardo original in 2011, sold to a Swiss tycoon for $75 million, and purchased by a Russian oligarch for $127 million. The last owner had it auctioned off at Christie’s.

One of the unanswered questions is who spent $450 million to purchase the painting. The other question – perhaps more important – is whether the painting is actually authentic. Despite the monumental price tag, there are highly-charged debates about whether the portrait was painted by Leonardo or one of his disciples, Bernardino Luini.

It would not be difficult for theologians and Bible teachers to see points of parallel and contrast between the painting in question and the recorded life of Jesus. Both share colorfully circuitous storylines. There is also a striking juxtaposition between the painting’s price tag and Jesus’ sage warning about wealth, camels, and the eye of a needle. Then there are the heavy questions to be addressed about both the true authenticity of “Salvator Mundi,” as well as the divine nature of Jesus. Faith comes to the forefront in both instances.

For Bible readers, the Gospel of St. Mark records an intriguing exchange when Jesus asked a seemingly odd question of his disciples: “Who do people say I am?” (8:27). What would prompt someone to ask such a question – especially to friends and associates? Of course, Christ was clearly something more than a run-of-the-mill wayfaring prophet. Indeed, what we are to make of Jesus has become a pivotal spiritual inquiry for the last 2000 years. The legendary broadcaster Larry King once said that if he could choose one person from history to interview it would be Christ. King said that he would like to ask “if He was indeed virgin-born,” adding, “The answer to that question would define history for me.” 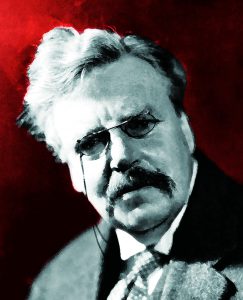 The story of Jesus is a patchwork of the mundane and miraculous. St. Mark launches with Jesus being baptized in the Jordan River by a locust-and-honey-eating holy man. From there, Jesus matter-of-factly proclaimed that the “kingdom of God is near,” cast a shrieking demon out of a man at a church service, and healed the sick and possessed. He tried to pray in isolation before sunrise one day but his disciples tracked him down and exasperatedly blurted out, “Everyone is looking for you!” He was clearly a man with a plan – and obviously in demand.

However, he had no world headquarters, no private jet, no mailing list, no Instagram, no cable network TV show. He hiked around the country side with an unlikely gaggle of disciples and preached and drove out howling dark spirits and touched untouchable people. With compassion, we are told, he healed the lepers who were missing ears and fingers and toes.

It was standing room only when he was the guest of honor in a home. In the middle of his talk, a gang of friends ripped open the roof and precariously lowered a paralyzed man into the center of the living room. “Son, your sins are forgiven” were the peculiar and unexpected words the man heard as the atrophied muscles of his legs were revived. Divine forgiveness and an empty stretcher in one fell swoop. Mystery stacked upon mystery.

Thumbing through Mark’s Gospel, there is a story of a shriveled hand that is healed then the salacious allegation that Jesus was himself possessed by Beelzebub. There was the awkward moment when Jesus provocatively asked, “Who are my mother and brothers?” Sure, he was clearly making a point with shock-value, but why provoke the family? Oh yes, and there was a nasty storm incident that left his friends asking, “Who is this? Even the wind and the waves obey him.”

We may feel safer and less anxiety-ridden with the “Sermon on the Mount” Jesus (“Blessed are the poor in spirit, for theirs is the kingdom of heaven”) but the dog-eared pages of a well-read Bible are not shy about revealing stories that seem more like Stephen King novels than Sunday school flannel board stories. The temptation is to sell a domesticated meek and mild Jesus when the stories tell a wild counter narrative.

The out-of-this-world episodes roll through like an out-of-control locomotive. A naked man who cut himself with sharp rocks and lived in a graveyard got a house call from Jesus. The fur flew. Well, in this case, a livid pig farmer went berserk when Jesus cast the man’s demons into 2000 pigs and they charged down a hill straight into a lake. The graveyard dweller was made whole and found some clothes. The pigs didn’t fare so well. They didn’t swim. The irate townspeople ushered Jesus outside the city limits.

On the following pages, there is a dead daughter brought back to life and a hemorrhaging woman made whole when she touched the hem of his clothing. Five loaves and two fish fed thousands – and there were leftovers. Who can forget the legendary adventure of Jesus walking on water?

Eventually we get back to the big question Jesus asked his friends: “Who do people say that I am?” When you read it from front-to-back, the question doesn’t seem so crazy. Jesus’ disciples replied with the only categories they understood, “Some say John the Baptist; others say Elijah; and still others, one of the prophets.”

“But what about you?” Jesus asked his friends. “Who do you say I am?” The impetuous Apostle Peter answered, “You are the Messiah.”

Adding to the enigma, the Bible says: “Jesus warned them not to tell anyone about him.”

While trendy scholars revamp Jesus into a Bible-thumping Che Guevara, time-tested theologians take the abnormalities and fantastical elements of the gospel accounts in stride. They’re not sanguine about the inexplicable, they’re just not revisionistic.

“People have fallen into a foolish habit of speaking of orthodoxy as something heavy, humdrum, and safe,” observed author G.K. Chesterton, English journalist and philosopher. “There never was anything so perilous or so exciting as orthodoxy.” Like it or not, the gospel scenes were either a cosmic charade or Jesus simply played by his own set of rules.

“Mysteries abide at the heart of every religious faith, but the Christian tradition is uniquely comfortable preaching dogmas that can seem like riddles, offering answers that swiftly lead to further questions, and confronting believers with the possibility that the truth about God passes all our understanding,” observes New York Times columnist Ross Douthat.

Responding to pointed questions regarding who painted “Salvator Mundi,” a spokesperson from Christie’s Auction House remarked: “Leonardo’s paintings are known for their mystery and ambiguity.” The painting will remain a controversy that will never fully be laid to rest except for those who wholeheartedly believe in its authenticity.

In a somewhat similar fashion, questions about Jesus Christ have lingered for more than two millennia. Vibrant orthodoxy has embraced the twin prisms of paradox and mystery to envision the complexities and challenges of faith. Yet in an age of internet-quick skepticism, the bombardment of criticism over even an inkling of faith is merciless. Witness what passes as religious dialogue via social media. It is a series of grunts, groans, over the top mockery, and a supposed mic drop – the one liner intended to end the exchange. Unfortunately, both sides utilize this technique. The Good Shepherd, meanwhile, is left voiceless.

“One man’s mystery is another man’s incoherence,” observes Douthat, “and the paradoxes of Christian doctrine have always been a source of scandal as well as strength – not only among atheists, but also among the many honest believers to whom orthodox Christian doctrine looks like a hopeless muddle or else transparent sophistry.”

St. Paul addressed the struggle of looking at the spiritual life with an authentic vision of faith – it had to be something more than mere intellect or emotion. For believers, he prayed that the “eyes of your heart may be enlightened in order that you may know the hope” and “incomparably great power for us who believe” (Ephesians 1:18).

Speaking in truly other-worldly terms, no less than Jesus said that the kingdom of heaven is like an investor searching high and low for fine pearls. “When he found one very precious pearl, he went away and sold all he had and bought it.” For those who believe, this is the journey of faith. To those who seek, Jesus is known as the pearl of great price.

Meanwhile, congratulations are in order for the proud new owner of “Salvator Mundi.” One hopes that the buyer of the painting has stumbled upon the real deal. After 2000 years, Jesus still seems to be a portrait that pops off the canvas.